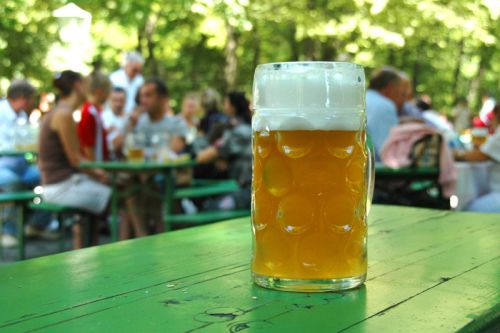 Germany’s most iconic Volkfest, Oktoberfest attracts millions of people to the city to enjoy Bavarian beer and food, live bands, and parades. This 3-week-long festivity kicks off with a vibrant parade of carriages, floats, and people in traditional costumes, before congregating at the Theresienwiese fairground. You can find hundreds of large tents with gallons of beers provided by renowned Munich breweries, with traditional Bavarian music blaring out of massive speakers throughout the day. Fairground rides such as Ferris wheels, miniature trains, and merry-go-rounds offer hours of fun for visitors too young to drink.

February: Dress up in wacky costumes during one of Germany’s most colourful festivals

Karneval in Cologne feels like a massive costume party that lasts for about 6 days in the month of February, from Thursday to Tuesday. The 1st day kicks off with a lively street parade in the morning, with crowds dressed up in wacky costumes and loud music blaring from just about every pub and brewery in the city. Expect lots of traditional music, dance and live performances during the day, followed with more parties and street shows well into the night.

Mid-February: Meet your favourite celebrities at this renowned film festival

A festival for dedicated cinephiles, Berlinale showcases over 400 films of various genres and lengths. One of the largest international film festivals in the world, it has been held in Berlin since 1978. More than 10,000 professionals from 115 countries gather at European Film Market (EFM) for a variety of programmes, workshops, and premieres over the course of 10 days. You may even be able to catch sight of your favourite celebrities at Berlinale. Tickets to watch a film cost about €12 – a steal compared to other film festivals such as Sundance and Cannes.