Situated in the heart of Europe, Germany has plenty of attractions to offer, world class museums, architectural treasures and fascinating places of natural beauty. Next to this, Germany offers an excellent meeting infrastructure, putting the country in a top place as an international conference destination. Germany is a global centre for technology and innovation, for research and development – and it is also the most accessible country in Europe. Top conference locations are: Berlin, Munich, Frankfurt, Hamburg, Cologne, Düsseldorf, Dresden and Leipzig.  Throughout Germany you will find everything you need for the ideal conference that will be remembered fondly.

Further down the page: Read about our company * Travel facts Germany. There is also a map of our country and our latest Germany news.

This email address is being protected from spambots. You need JavaScript enabled to view it. 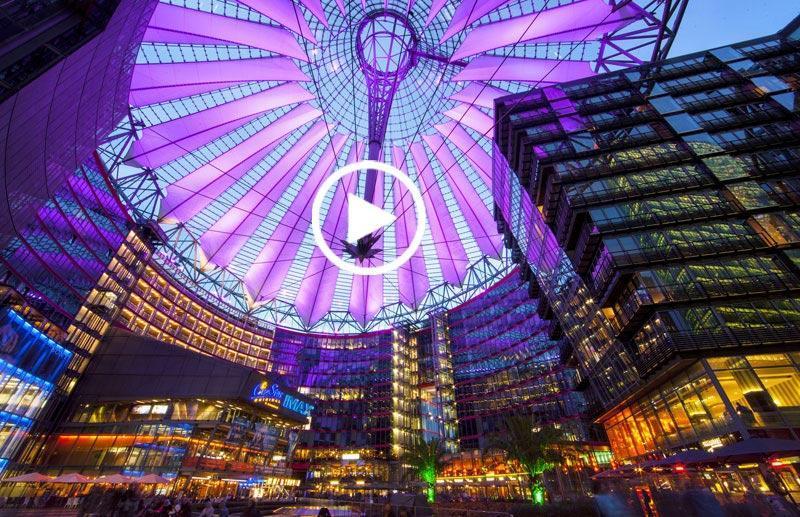 Berlin
Since the fall of the Berlin Wall in 1989, historic areas like Potsdamer Platz have been completely renovated. Nowadays, Berlin is once again one of the greatest European cities: lively, dynamic and inviting.

Hamburg
Germany's second-largest city makes for a wonderful to visit. There are great artificial river beaches,the Alster Lakes and the neo-Gothic Speicherstadt warehouses along the Elbe River.

Cologne
Founded in 38 BC by the Romans, Cologne is a city rich in history and architecture. From ancient Roman walls and mediaeval churches to postwar buildings.

Frankfurt
Frankfurt-on-the-Main is a conference and business city. Filled with highrise and skyscrapers, it proudly coexists with the restored Altstadt (old town). Frankfurt has the second largest airport in Europe.

Munich
Munich is a grand lady who dresses beautifully. It has world class museums and a wonderful music and cultural scene. This is a city well worth visiting, you won't be disappointed.

Saxony
Saxony could walk straight out of a fairy tale book, in which the landscape is picture perfect. It has cobbled old towns, baroque churches, steam trains and is divided by the great river Elbe.

Dresden
Bombed to bits during the Second World War, the city has been completely rebuilt and restored to its former glory. Once more the city can proudly call itself the Florence of the North.

Let´s get to know this huge city full of history and contrasts!

Besides others we will see the Alexanderplatz which is a central square and traffic junction in Berlin's Mitte district. One of city's the most visited squares provides the highest building with 364 m: the TV Tower! Furthermore we will pass the famous Checkpoint Charlie which was the best-known border crossing between East and West Berlin during the Cold War. At the height of the Berlin Crisis in 1961 U.S. and Soviet tanks faced each other here. We will also have a look at the East Side Gallery, one of Berlin's most popular sights; it is a former section of the Berlin Wall. After the Fall of the Wall, artists have turned it into the largest open-air gallery in the world with over one hundred paintings. We are sure that the guests will be impressed by so many things to see in Berlin!

At Time Change we believe in the power of local talents and market specific developed expertise. In each of our destinations, we have local heroes on the ground, comfortably settled within a pan-European network. Thus we ensure that our clients truly work with the best-in-class resources at the best price for each and every project. We stand for German efficiency: we deliver high quality incentives, conferences, events and also cruise services with the same high standards all over Germany.

Time Change is at your disposal for any questions or quotations you might have.

With Virtual Eventures you dive into a virtual world of experience in the heart of Frankfurt with more than 50 fascinating virtual reality experiences.
In addition to innovative VR games and experiences from the areas of fun, sport, action and adventure, our full motion simulators delight both children and adults with fast-paced car races, flight and roller coaster simulations.

Discover an innovative leisure experience with Virtual Eventures, the perfect location for birthdays and bachelor parties as well as business events or team workshops with an experience factor.